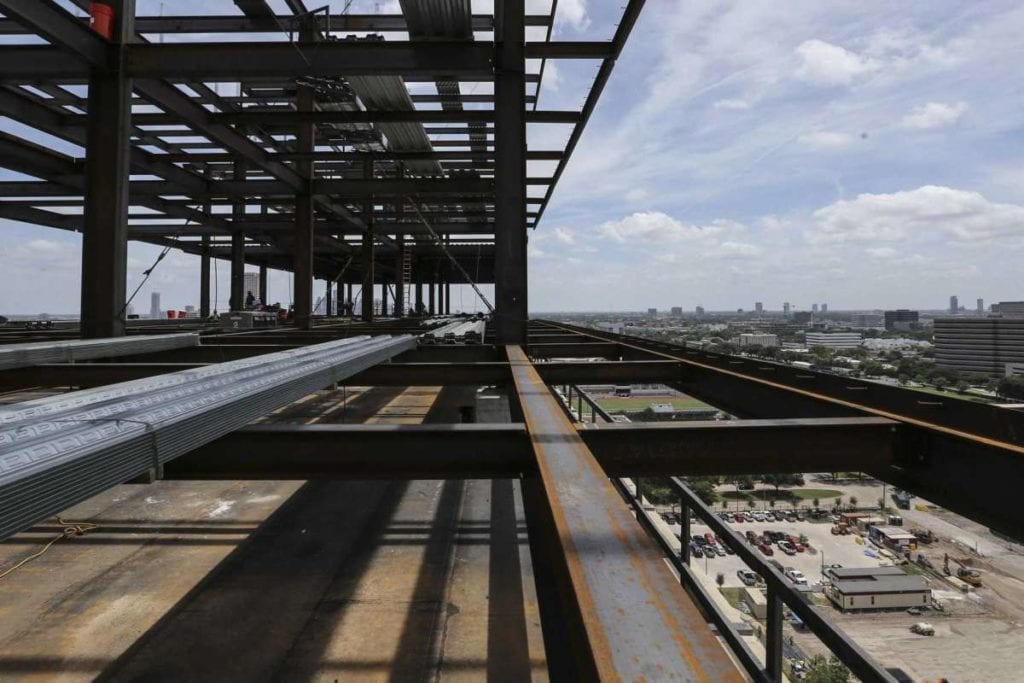 Gilbane Building Co., a large general contractor in Houston, recently had a client with a $65 million construction project go back to the drawing board after discovering the project would actually cost about $80 million.

A primary cause for the increase: labor costs, said Daniel Gilbane, head of the company’s Houston office. “Labor costs are definitely going up,” he said. “Ultimately, that’s bad for making projects financially viable.”

As wages rise and workers grow harder to come by, companies such as Gilbane have no choice but to pay them more. That has implications for the local economic expansion, which could decelerate as the low 3.8 percent local unemployment rate makes qualified workers harder to hire. Plus, with wages climbing, the Federal Reserve Bank of Dallas is concerned that increased costs will hurt growth.

With the local economy in growth mode, metropolitan Houston is a haven for job seekers. More than 100,000 jobs have been created this year alone. In all, the area offers more job opportunities than 35 states, according to the Greater Houston Partnership, the region’s business advocate.

But the Dallas Fed reported in its recently released Beige Book that although widespread job growth continues in Texas, “labor markets remained very tight, with most contacts reporting difficulty hiring and several saying the lack of qualified candidates was impeding growth.”

The closely watched report, released in October, found that labor shortages spanned most sectors and all skill levels, with the the greatest prevalence in mid-skilled positions such as blue-collar workers in manufacturing, construction and energy, as well as truck drivers.

“Or, you’ll have a candidate that you place, and a few weeks later, they take a new job because it’s more money,” Haraway said.

Manufacturing activity in October in the Houston region expanded for the 13th consecutive month, according to a report released last weekby the Institute for Supply Management. Wages for manufacturing jobs have been climbing steadily for several years. Since January 2016, average hourly manufacturing wages locally have increased to $22.40 from $19.17, almost 17 percent, according to the Greater Houston Partnership.

Construction companies in Texas are especially feeling the pinch. Seventy-eight percent are having trouble finding qualified craft workers as local construction employment reached record levels, according to a survey this year by Associated General Contractors.

“It’s a shrinking workforce, when the industry is growing,” said Jessica Adame, the workforce acquisition manager for McCarthy Building Companies. The company is fighting to fill about 200 skilled labor positions locally.

McCarthy is feeling pressure to keep up with rising wages, which Adame said have increased 10 percent over the year. Carpenters can get anywhere from $17 to $24 per hour at companies like McCarthy, and overtime pay is almost a guarantee.

A few years ago, McCarthy would simply post jobs online, or positions would be filled by word of mouth. Today, the company is using radio ads, billboards and school job fairs.

“It has changed immensely, especially in the last couple of years,” Adame said. While the company used to have plenty of qualified trade workers to choose from, McCarthy will now consider hiring someone if that person has the right attitude and desire.

McCarthy is providing its own training program to new construction workers, teaching them everything from safety to tool use. The company will even consider paying for gasoline to help those with longer commutes.

So far, Adame said, McCarthy is not turning away projects because of lack of qualified workers, “but I feel like if it continues over the next six months, it could.”

Houston Walker, chief financial officer of J.H. Walker Trucking Co. in Houston, has been feeling the effects for more than a year as a shortage of drivers is keeping his company from capturing more market share.

“We’re currently running at 150 percent capacity, and we could easily add another 50 percent more drivers,” Walker said. “We probably have 75 positions we could hire.”

To help entice qualified workers, Walker now pays its drivers a percentage of revenues, earning them 10 percent to 30 percent extra. In turn, like its rivals, Walker has had to increase the rates it charges to customers.

Also, the average age of drivers is in their mid-50s, as many approach retirement age, Walker said.

This entry was posted in Commercial Construction, Houston Construction Services. Bookmark the permalink.